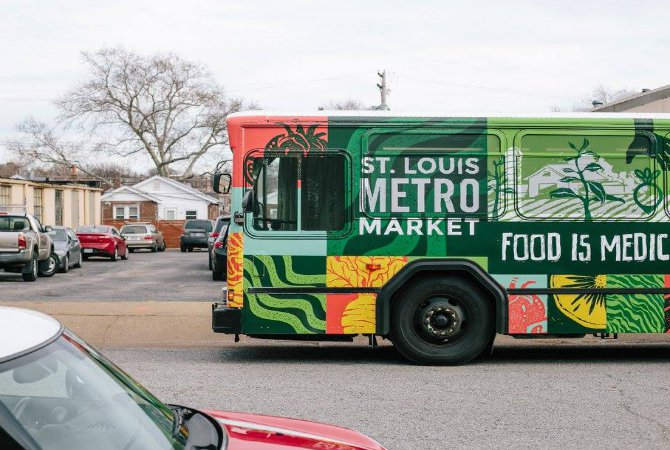 A retired city bus in St. Louis, Missouri is turning into a mobile farmers market to sell groceries to the city’s food insecure.

Known as the St. Louis MetroMarket, this mobile farmers market aims to increase access to healthy foods in low-income neighborhoods that don’t have grocery stores, often known as food deserts. The grocery store on wheels is set to launch at the end of May.

They’ve partnered with a local hospital to allow doctors to prescribe fruits and vegetables for children based on their level of hunger. They can then use that prescription as a coupon for the MetroMarket. Read More…

An excerpt from Global Citizen, by Megha Cherian